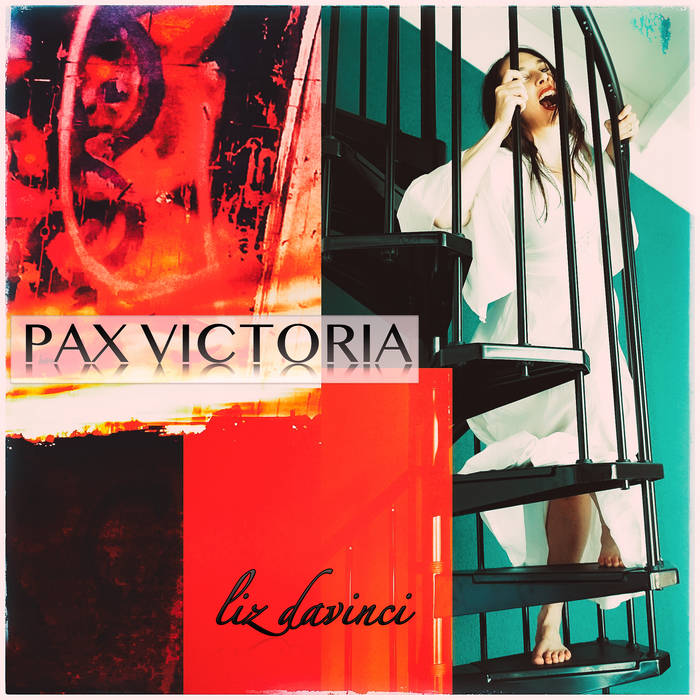 Portobello Express (fan profile) The complexity of the compositions on this progressive dark concept album manages to enthrall the audience instantly and to touch everybody in a unique way. Superb vocals & keyboards!

Pax Victoria is a concept album about a fictive character named Victoria whose mundane Californian life was interrupted by an all-consuming love affair that led her into the world of underground crime and having to choose between right and wrong.

The songs describe Victoria's struggles as she faces realities she doesn't want to believe possible and finds a strength she never knew she had.

Thank you to Underhatchet, K.A. Laity, James Shaffer, Mark McConville and Paul D. Brazill for providing beautiful and inspiring texts for the five album trailers. Thank you Underhatchet , K.A. Laity and James Shaffer for your additional contributions to the mini-chapters (which can be read here and comprise the whole story of Victoria: www.lizdavinci.com/blog).

Liz Davinci was born and raised in California and is currently based in Munich, Germany.  Her evocative vocal style has been called "haunting and beautiful".

She is currently working on a third album. ... more

Bandcamp Daily  your guide to the world of Bandcamp